Snake removal in the Virginia Beach area is also a very common call that many Wildlife Control operators received throughout the spring, summer and fall. Snake activities tend to die down in this area in the wintertime.

Most people will report that they have seen a copperhead looking snake near their home were building however we have found that on most occasions the snake that is in your home will either be a rat snake or one of several garden-variety of snakes that is found in Virginia Beach area. Snakes usually hide in wood and sawdust piles, abandoned farm buildings, junkyards and old construction sites.

There are two possibilities of venomous snakes being in the Virginia Beach area the first possibility is a snake called a copperhead a copperhead is a venomous snake that grows to approximately 36 to 40 inches long and has black hourglass shapes a crossed its entire length of body. The main coloration on this copperhead is the color of a Copper penny. The snakeskin be very aggressive and are venomous and they should never be approached always called professional to deal with this type of snake.

Cottonmouth snakes are also found within this area of Virginia commonly on or near the Waters edge. The photo above is of a cottonmouth snake found in the VA Beach area. 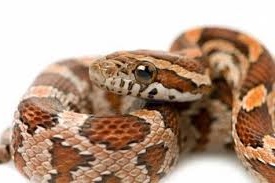 If you have a snake that you are not sure about call a professional wildlife control operator today, Never take a chance, call Xceptional Wildlife Removal at 757-777-9846 today!